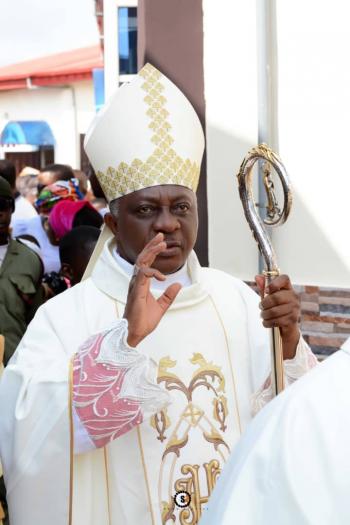 The Catholic Archbishop of Lagos, Most Rev. Alfred Adewale Martins, has charged journalists to deepen the practice of their profession and help to eradicate fake news by reporting only facts according to findings, interaction with people and their particular experiences.

Martins gave the fee at a mass held at the Holy Cross Cathedral, Lagos, to mark the World Day of Communications with the motif come and see’.

The party is a yearly occasion set apart from the Holy See to celebrate media professionals and also the important role they play in fostering peace and unity throughout the world.

The archbishop, who talked with newsmen, said the party gives an opportunity to acknowledge attempts of media practitioners and serves as a route to allow them to re-dedicate themselves to the integrity of their profession and the commitment required of them.

He commended journalists for making efforts to make sure that varied news is brought to the people, even at significant personal risks and encouraged them to report factual events to ensure individuals who have a responsibility to take care of those concerns are ensured that they are getting truthful accounts.

The cleric, who observed that the Internet is a veritable tool for ensuring that people express their own personal experiences, warned that there’s the danger when folks use this possibility in a negative manner by spreading fake news and generating undue strain that is inimical to the well-being of the folks.

He explained that professionals must ensure that any information put out would not go contrary to the welfare and security of these people.

“We shouldn’t detract from that obligation that has been given to us,” he said.

Speaking on insecurity in the nation, Martins reported that non-state actors should not be allowed to exploit lapses from the nation’s security arrangement as that could portend a great threat to the well-being of the country.

He urged authorities to make certain security agencies are supported with materials, monies and other items to improve morale and give them the drive to handle security challenges.

In addition, he advised faith-based organisations to continue appealing to the conscience of these people and their followers to make sure that the message of these scriptures isn’t just taken at face value, but put into training.