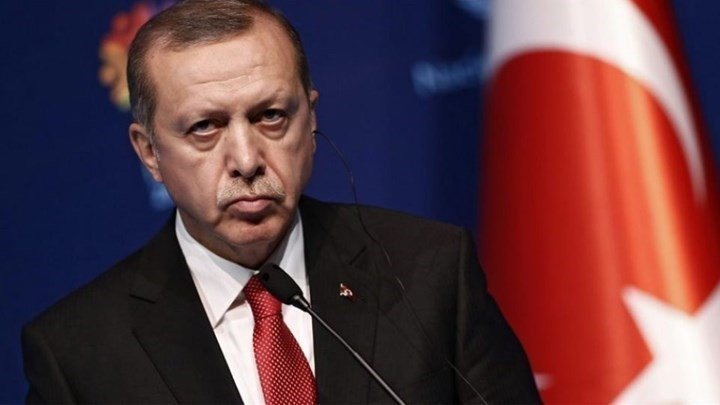 “On the contrary, Greece has written history in its long history,” Oikonomou said. “When necessary, Greece knows exactly how to vigorously and effectively defend its rights.”

Greece can mobilise its traditional allies and the force of international law to deter Turkey’s escalating provocations, he said, adding that the country’s defence capability is strong enough to counter any threat if necessary.

“Our allies are on our side, justice is on our side; and we can effectively deter challenges to our rightful claims,” Oikonomou said.

Speaking on the occasion of the centenary of the Greek-Turkish war, Erdoğan celebrated the “great attack” of the Turks against the Greeks, whom he presented as “pawns” in the service of “treacherous” foreign powers, with an eye on the events of 1922.

In a similar vein, Erdoğan’s nationalist ally and governmental partner Devlet Bahçeli also stoked tensions on Monday when referring to an alleged incident on Sunday where Greek missile defence systems were supposed to have locked onto Turkish fighter jets in the Aegean, something Greece denies.

“Stop pursuing this madness,” said Bahçeli about the Greek government, calling on Athens to “get it together” soon or face consequences that will dwarf those of the Asia Minor Campaign in 1922.