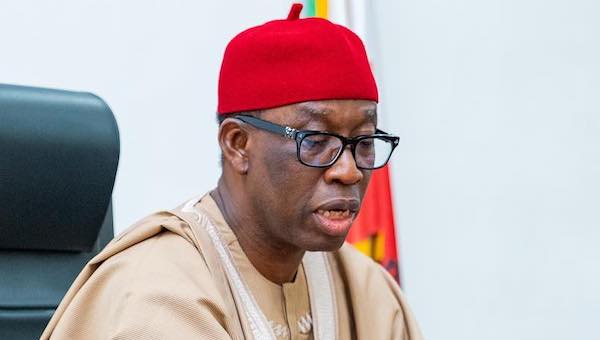 Okowa told reporters in Kano State on Wednesday that he does not believe in dragging the church into partisan politics, emphasising that politics is not the church’s calling.

He lamented that, in their desperation to win the February 2022 election, some presidential candidates are now reaching out to anyone, even at the expense of their faith.

“Now you begin to look at what is going on; the Peter Obi factor is as if he is trying to go through the church and make it look as if he is driving the Christians into politics. I do not believe that the church should actively go into politics because that is not their calling.

“But people are just hanging to anything they can reach out to even to the detriment of their fate. I don’t believe that’s the right part to go,” he said.
It was reported that Peter Obi had on several occasions appeared in different church programmes.

Recall that video of the former Anambra Governor, who was given an unusual ovation when he appeared at the Glory Dome, Abuja, had trended on all social media platforms.