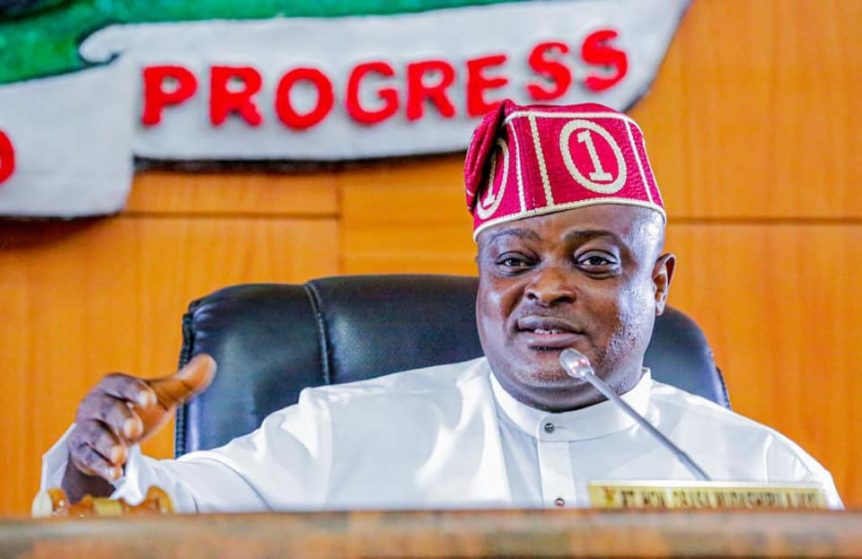 Mudashiru Obasa, Speaker of the Lagos State House of Assembly, has advised Nigerians not to be divided over the All Progressives Congress’ Muslim-Muslim presidential candidate (APC).

Obasa told Nigerians that a number of Asian leaders are not religious but have led their countries to great heights.

The Speaker spoke at the Assembly’s 14th Annual Hijrah Lecture on Wednesday.

He emphasised that religion has never been a determinant in the development of many successful countries.

“Good governance is seen all around them in countries like India, Singapore, China, most of the democratic states in Asia, and some other parts of the world where neither Islam nor Christianity is practised,” he said.

Obasa noted that even in Africa, before the advent of both Islam and Christianity, there was good and steady democratic setting with traditional beliefs.

“It is now worrisome, however, that we allow religion to dictate to us how democracy should be practised,” he said.

The Speaker argued that the spiritual core of democratic governance is the obligation to serve the people with godly principles and noble objectives.

He told citizens to focus on whoever will be fair, just, visionary and can identify good people to work with in order to achieve success, not religion.

Obasa urged religious bodies to deploy their spiritual energies in not only undermining the negative forces of nepotism, but in positively enhancing the development of Nigeria.

“Whether the political party contesting is running on Muslim-Muslim ticket or Christian-Christian ticket and otherwise, our focus should be the good intentions of the contestants,” he added.

The Speaker charged the people not to allow anyone to bamboozle them with religion as they make their choice early next year at the polls.

The Speaker added that as enshrined in the Constitution of Nigeria being a secular state, there is no provision for the elevation of a particular form of religion over another.

The APC presidential candidate, Bola Tinubu and his running mate, Kashim Shettima are Muslims, a situation opposed by the Christian community in the country.

Some chieftains of the ruling party, including ex-House of Representatives Speaker, Yakubu Dogara and ex-Secretary to the Federal Government, Babachir Lawal had voiced their displeasure.