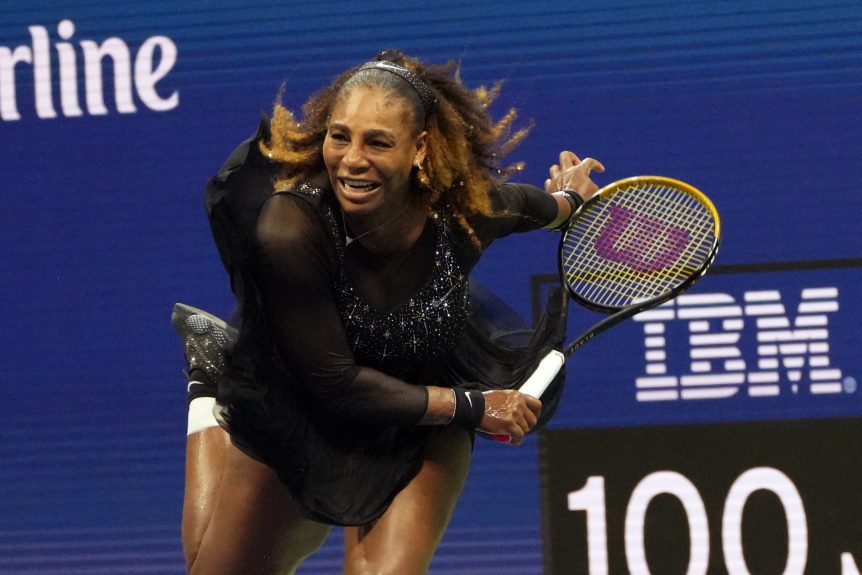 Serena Williams demonstrated that she has no intention of retiring from singles without a fight, defeating second seed Anett Kontaveit on another memorable night at the US Open.

Williams, ranked 605th and turning 41 next month, stunned the Estonian in New York, winning 7-6 (7-4) 2-6 6-2.
The American, who recently announced her intention to retire following her home major, is currently in the third round.

On Friday, Williams will face Ajla Tomljanovic of Australia.

Williams announced in an essay for the fashion magazine Vogue a few weeks ago that she was “evolving away” from tennis, but admitted after beating Montenegro’s Danka Kovinic on Monday that she had been vague about her exact timeline.
“There is no rush here,” she laughed after beating Kontaveit. “There is still a little left in me.”

While lacking some of the pomp and ceremony from her opening match on Monday, this was another special atmosphere as 23-time major singles champion Williams looked to extend her storied career by at least another round.

The former long-time world number one suffered a dip of energy from the start of the second set as Kontaveit levelled but she recovered to win an edgy decider.

In the end, Williams handled the occasion better than her 26-year-old opponent – who looked emotional before the final game as she hid under her towel – and secured a victory that left many in an exultant crowd jumping to their feet to celebrate.

“I’m a pretty good player, this is what I do best. I love a challenge and I’m rising to the challenge,” said the six-time US Open champion, who first won at Flushing Meadows in 1999.

“I haven’t played many matches but I’ve been practising really well. Now it’s coming together in New York.”

Whether it would come together in New York was debatable heading into the Grand Slam tournament.

Williams had only played four times since making her return from an 11-month injury lay-off, with her most recent match ending in a thrashing by British number one Emma Raducanu in Cincinnati.

There she had struggled with a knee injury in the build-up. Here she is fit, moving well and matching the athleticism of her younger opponents.

One factor which could never be questioned is her insatiable desire to win and the ability to summon the mental strength to overcome adversity.

Asked if she was surprised by her level, Williams replied: “No. I’m just Serena.”

Kontaveit is ranked second in the world but has struggled to live up to her status in recent months.

Her level was decent against Williams in their first career meeting and she said she thought she “didn’t play a bad match at all”.

“I think you have to be ready for really great tennis because Serena has been such a big champion, winning all these Grand Slam titles for a reason,” she added.