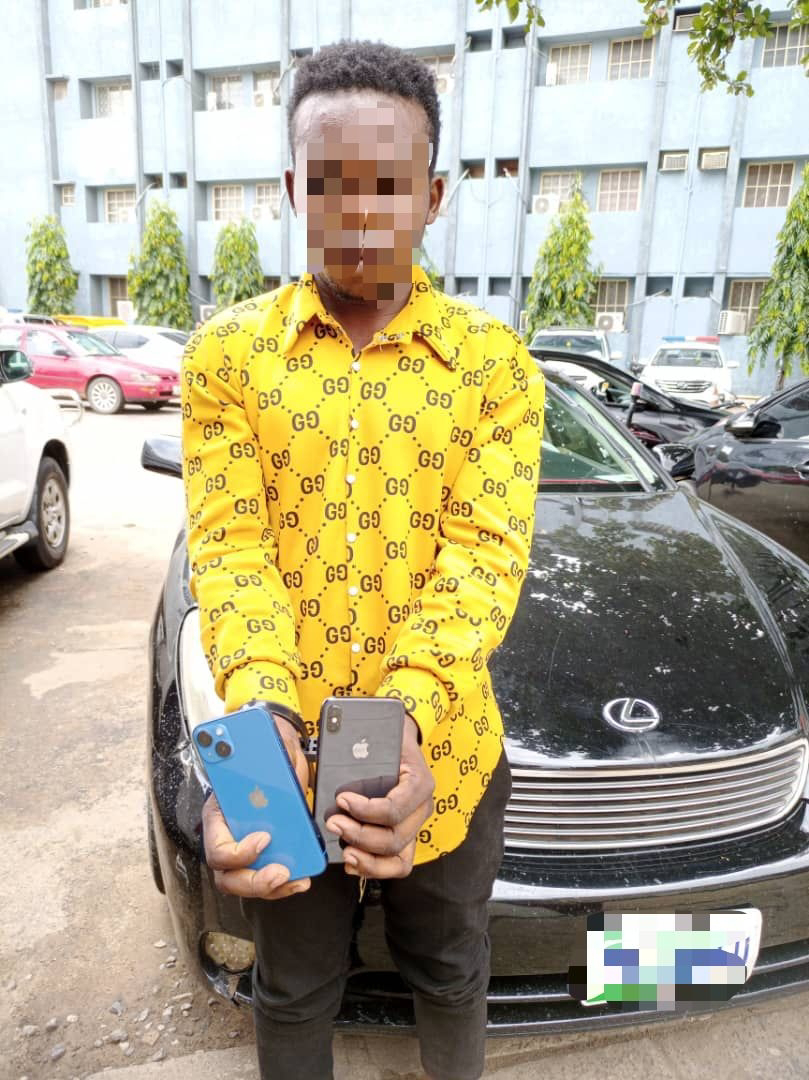 Temple Samuel was apprehended while networking to sell his boss’s Lexus ES 330 car.

Samuel revealed that he intended to use the proceeds of the sale to ‘japa,’ which is slang for travelling abroad in search of greener pastures.

He was apprehended alongside three other people involved in the plot: Benjamin Bassey (32), Chukwuemeka Okorie (29), and Joshua Agboche (37).

After stealing the vehicle in Egbeda around midnight last Saturday, the suspect was apprehended in Ogba.

Samuel also stole an iPhone X and an iPhone 13, as well as N75,000 from his boss’s bank account.
He told the police that he started nurturing the idea of leaving Nigeria several weeks ago.

Samuel confessed that he drove the car to Bassey’s residence in Ikeja while his boss was sleeping.

Commissioner of Police, Abiodun Alabi has directed that the case be transferred to the State CID, Panti for further investigation and prosecution.