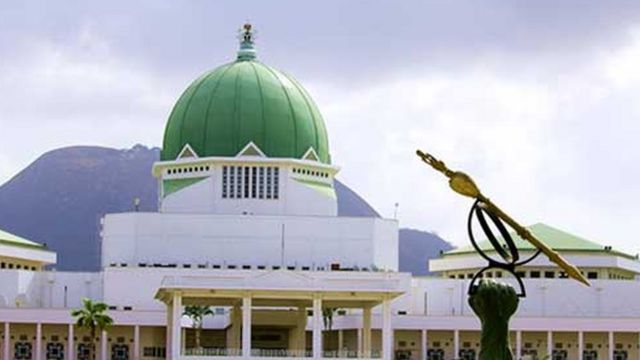 Former Governorship aspirant of the All Progressives Congress in Kaduna state, Sani Mohammed Sha’aban, has said members of the National Assembly cannot impeach President Muhammadu Buhari, as they are partly responsible for Nigeria’s security and economic woes.

Sha’aban, who represented Zaria Federal Constituency in the National Assembly between 2003 and 2007, told journalists in Kaduna that the lawmakers have failed in their oversight functions, especially as regards security and economy, alleging that they are only interested in oversight functions when they are broke, so that they can get allowances.

Sha’aban, who described the recent threat by the National Assembly members to impeach the President as laughable and a huge joke, also alleged that some National Assembly members who have failed in their representative duties and lacked what to tell their constituents in seeking re-election, were behind the impeachment saga, as they want to use President Buhari as scape goat.

“I looked at the stand they (National Assembly members) took as a huge joke. In fact, it is laughable. One thing we should know is that, Nigeria is not operating in isolation, the rest of the world is watching us. We are in democracy, even though we borrowed the system from the western world, the other part of the world don’t practice democracy the way we are practicing ours.

“We should realise that in the House of Representatives, in the Senate, they function under various committees and those committees are in charge of what we call oversight functions, but what is happening today? Where are the oversight functions? What happened to reports of activities within the security apparatus? If anybody coming from the Senate or House of Representatives and points accusing finger on President Buhari on security, I challenge that person to go and impeach Buhari tomorrow if he dares.

“As you point your finger, millions of people from your constituency will point finger at you. You say you are representing them, is it when it pinches most that you will find a scape goat? And you want to make Buhari a scape goat? Was there any time when there was financial request and he passed it and the heads of agencies and parastatals, the service chiefs and others in charge of security didn’t get it? Was there any time they were punished by the National Assembly? So, why President Buhari? Who is deceiving who? Let us treat this matter very seriously.

“I happen to come from Zaria and there is no place in the world that I can cherish, respect and value than my origin. Wherever I go in the world, I don’t feel comfortable until I step foot in Zaria, because that is where I come from. But today, Zaria is under the siege of bandits, you can hardly sleep. This is something we use to hear from far away. Our farmers cannot go to farm, our schools are closed down, so many institutions are closed down, we can barely go out to carry out our basic activities for the day without the fear of being kidnapped, bandits are coming from left, right and centre.

“Look at Giwa, look at Birnin Gwari, Chikun, Kajuru. All these are parts of Kaduna that, today whether you like it or not, you cannot afford to stay beyond 6:00pm, you have to move. But then, somebody will just come, because he feels time is here to re-contest and come back to the National Assembly and he doesn’t want his people to ask him what he has done as their Senator of Rep. So he can be saying, it is the fault of Buhari. That is bullshit. We must tell ourselves the truth.

“If you, a National Assembly member, is assigned to do oversight function, do it. If you then find the President wanting in anyway, you can impeach him. I don’t condone illegality no matter my relationship with you. But, in a situation where I know somebody is doing his best, No! Look at the three tiers of government, each one complementing the other. But you only wait for allowances, when you are broke, then you begin to create oversight functions and by the time they send the Ghana Must Go, that is the end of the matter. This is most unfair and this is what has given birth to the economic and security challenges,” he said.